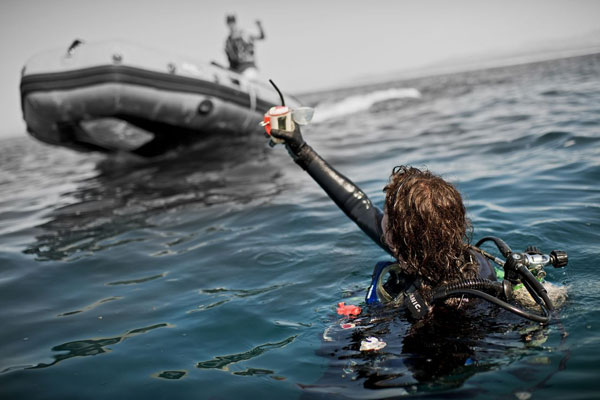 Vicky Brown, Sales and Marketing Director of AMS, commented: “Analox Military Systems is committed to preserving life, in often hostile conditions at sea.  The Nautilus LifeLine Marine Rescue Radio, designed to assist efficient and quick rescue, is an exciting addition to our range of products.  We’re looking forward to DSEi when we will officially launch our partnership, and introduce this radio to military and search and rescue markets, where it can bring genuine peace of mind in risky situations.”

Analox Military Systems (AMS) is now the sole distributor of the radio to the Submarine Escape and Rescue, and Military Diving markets worldwide, excluding The Middle East, USA and Canada.  It is also the distributor to Military and Commercial Search and Rescue markets across Europe and the United Kingdom.  Nautilus has launched a military version of the radio, and one designed for commercial diving markets.

The Nautilus LifeLine Marine Radio can alert boats within 10,000 square kilometres, and incorporates GPS which can locate the radio to within a five metre radius.  The radio does not rely on satellite or relaying of messages, making it the most reliable marine rescue radio available.  Each radio can be assigned an individual MMSI number, so rescuers know which individual has been picked up.  With the lid on, the military version of the radio can be submersed to 700 feet underwater, while the commercial version is damage resistant to 425 feet.  With the lid off, the unit remains waterproof for 30 minutes in a depth of up to three metres.

The features of the Nautilus LifeLine Marine Radio include a five year battery life, and, if infrequently used, the requirement to charge only every six months.  The unit, which is charged via a USB cable, requires little maintenance, and can still send out GPS location alerts when the battery is down to 40%.