You are here: Home / News / What’s So Different About Poison Gas? 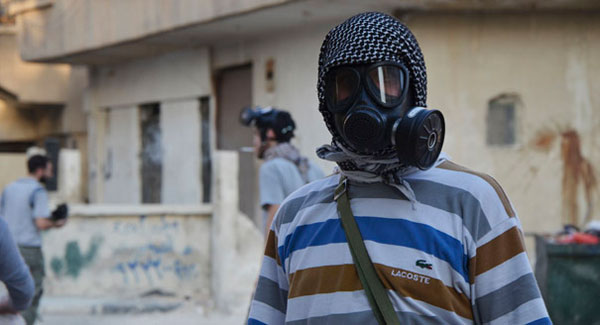 The crisis over the use of chemical weapons in Syria raises many questions, particularly about the moral hysteria being stoked by the US, whose own record challenges its credibility.

According to The Economist, poison gas attacks by both sides in the First World War cost 96,000 lives. Amazingly, it reports that 50,000 people died in 1980-88 when Iraq used chemical weapons against Iran and its own Kurds. The US, a sponsor of Iraq at that time, did not condemn the gassing of Iranian forces. And according to recently-revealed material, the US actively aided Iraq to do so by providing spy-satellite data.

Which reminds me… that at the end of the Second World War, the US had accumulated massive stocks of chemical weapons that it planned to use to wipe out the entire population of Japan’s southern island of Kyushu if the two atom bombs failed to forced Tokyo to surrender, apparently having no qualms about doing so.

In any case, I fail to understand why chemical weapons are selected as being more outrageous in warfare than napalm or high explosive. They are equally nasty ways to be killed, injured or disabled.